Back in June we shared via our Facebook page that global digital marketing agency Croud were embarking upon a HUGE challenge to raise money for Race Against Blood Cancer.

On 15th – 17th June their team of eight cyclists raced from London to Amsterdam and reached the finish line within their target finish time of under 36 hours! Wow!

We are pleased to share that the team raised over £7,400 for the charity – So many lives will be effected in a positive way with these funds, which will be used to help us register more lifesaving blood stem cell and bone marrow donors.

We would like to say a massive thank you to the team for their time and dedication – we massively appreciate Croud’s ongoing support for Race Against Blood Cancer and their willingness to help such an important cause. 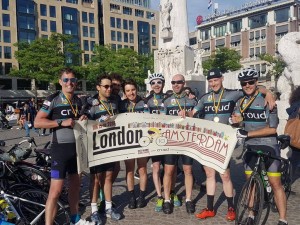 If you would like to take part in a sporting event to help raise vital funds for our charity, then please get in touch with Emma – emma.brown@raceagainstbloodcancer.com

Los Angeles. A city which has come to represent the diverse multi-cultural, ethnic and nationalities of modern America. Against this backdrop there was no more appropriate setting for raising awareness of Blood Cancer amongst ethnic minorities. 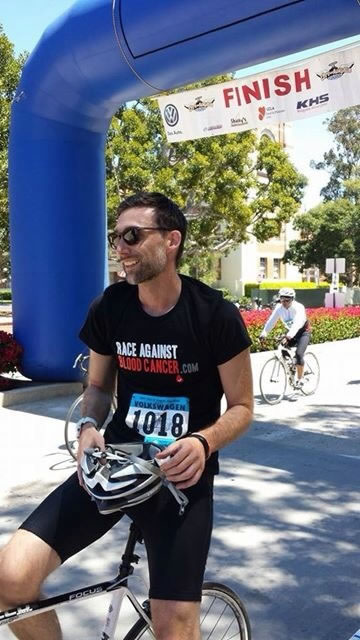 And so on a typically sunny Sunday in April, 8 riders of varied backgrounds that have come to call LA home took to the streets of Los Angeles as part of the 2015 City of Angels Fun Ride.

On a 35 mile route passing the Jewish Synagogues of La Brea, the Mexican Taquerias East of Downtown and through the bustling streets of Koreatown, a single act of solidarity raised laughs, claps and plenty of cash.

But what use is cash without donors. At the finish line amongst the splendor of the UCLA campus, a support team turned awareness into action with a donor drive, which marks just the beginning of our journey.

Made with love for the nicest guy in the world.

A selfless & caring man who is there for everyone when needed.

Now we are there for you.